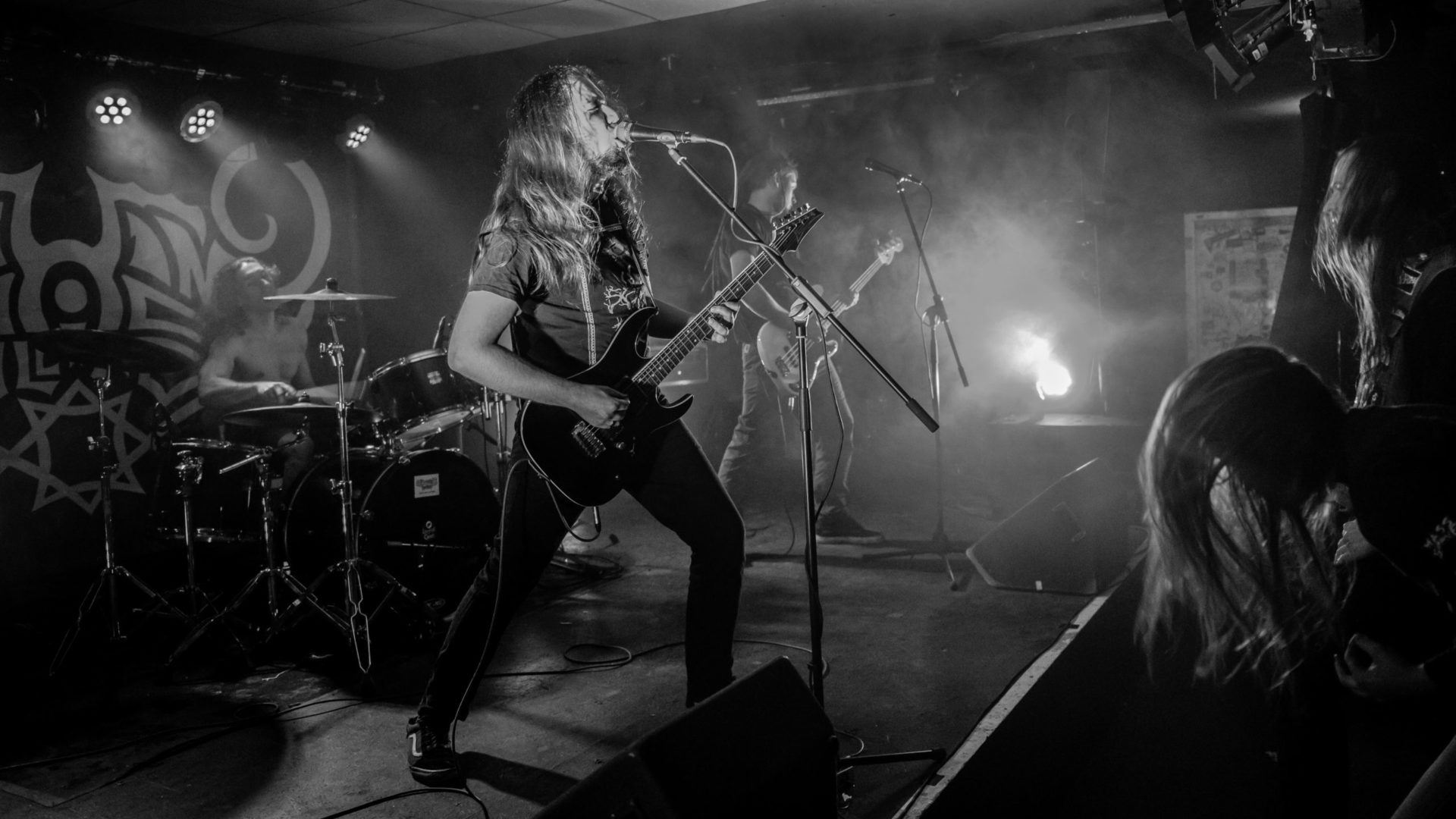 “Arcane Frost was founded in 2015 in a classic line-up by three musicians from Lower Saxony, already noted for underground projects such as Cryptic Brood, Demored and Repulsive Feast. Stilistically, Arcane Frost is clearly separated and exclusively celebrates atmospheric black metal in its purest and most traditional form. And where so many nostalgia acts fail, Arcane Frost manage to walk the fine line between retro-rawness and musicality: despite narrowest genre lines, the original, hypnotic songwriting makes the music sound as fresh as some classics from the Norwegian old school. Emphasized by a deliberately rough and minimalistic, but clearly defined production, Arcane Frost deliver an authentic 90s vibe without ever resorting to imitation. After 2017’s self-released demo “Cosmic Winter”, Arcane Frost further processed their musical concept through the experience of numerous live shows and will now release “Dragged Into the Void” – a debut EP containing four new anthems that suck the listener into an absorbing undertow of icy atmosphere and ravening darkness.”